Last year, I’ve compiled a list of goals and resolutions for 2015 to hit by the end of the year. Some of the goals were financial, and some personal. Now it’s time to revisit them, and find out if we did in fact hit our New Year resolutions this year!

This was by far the easiest goal to hit. And not because we were making lots of money. In fact, our income hardly changed year-over-year. It was easy because by now we have a very good budgeting system in place and both of us are used to living on less than we make. Budgeting became second nature to us and saving money is indeed easy once you master it as a habit as opposed to effort.

As a result, we’ve lived on 65% of our income and saved/invested 35% of it. Also, any income that came back to us in a form of dividends or returned capital from previous investments wasn’t touched as well and went straight into investments accounts.

Our goal for 2015 was to increase our net worth by $100,000 by the end of the year as a combination of money saved and investments appreciation. This was rather ambitious since we’re still fairly new to investing and our incomes are still very much average.

Unfortunately, we didn’t hit it. We fell short around $9,000 as I’ve explained in our annual net worth post. Everything was pointing towards us hitting it, but the market crash at the end of the year and weak Canadian dollar prevented us from hitting it. Don’t get me wrong, I’m still happy about how we did this year, but as far as the goal for 2015 we failed. Close, but no cigar! 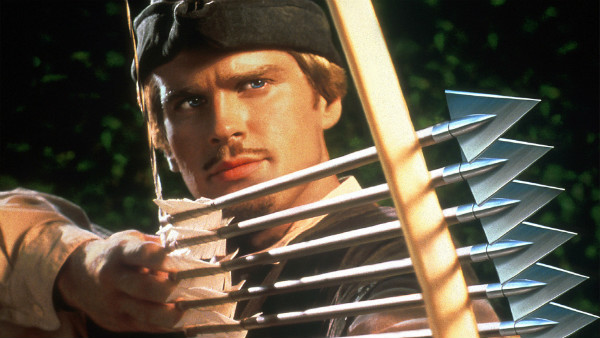 In case I haven’t mentioned it before, Mrs. Financial Underdog been working on her degree for a number of years now. After she’s arrived to Canada as an immigrant (just like myself prior to her), she’s been looking at opportunities to acquire education and have a career going as opposed to bouncing from job to job.  She’s started going to school at night while she was working at the mall and little by little completed a diploma in Business Administration and later on decided to become a designated accountant. This meant going to school even more and for the last 5 years she’s been constantly taking courses either at night or online. She sacrificed a lot, but the rewards will be worth it.

And this November she’s completed all prerequisites for the program and officially graduated as a CPA. This will assure a productive career for her for years to come. Once you become a designated accountant, employers actually seek you out, not the other way around. I’m very proud of her!

PS: The other cool thing is that all these years we’ve managed to pay for school ourselves instead of borrowing money.

For the last few years I’ve been struggling with being overweight. In my youth I was in decent shape - especially while I was in the Russian army for 2 years. But last few years lower physical activity coupled with rather questionable diet resulted in me gaining few extra pounds. And by “few” I mean like sixty or seventy. Yikes!

I’ve been battling this issue on and off for quite some time. Some walks on weekends, bicycle rides, gym membership -  all the usual suspects. All of it didn’t produce any tangible results, and on November 1st, 2015 I hit 250 pounds on the scale. That’s when something clicked in me and I’ve gone completely bananas. At least that’s what my wife calls it.

First of all, I switched gyms. Instead of lifting weights, I’ve signed up for cardio classes. Much higher intensity and more sweating, but shorter classes.

Second, my diet has changed dramatically. Anything with sugar has been cut, anything with wheat has been cut, all dairy has been cut. Even bananas and apples being high in fructose have been banished from my diet. That’s right, “going bananas” also meant saying no to bananas.

Third, I started tracking the number of hours I sleep every day. It had to be at least seven hours. Anything less than that meant stress on the body and stress means weight gain.

As of February 2016, I’ve lost 40 pounds of weight. From 250 lbs. to 210 lbs. in four months! I feel much better, my blood pressure has normalized, and I can see my own ribs. To me this is a huge hit and a boost to my self esteem. My wife tells me I look like a new man!

I’ve been blogging on and off for over two years by now. While some people try to make blogging a business and a source of extra income, I’ve always viewed it as a method of reaching out to like-minded people. I’ve made some great friends online with whom I stay in touch. We share problems and issues, and congratulate each other on successes. Basically, for me it’s like having a number of pen pals (remember pen pals?) but instant.

I’ve still had some good posts that gathered lots of hits and comments:

- Who is our Prime Minister? Wait, I don’t care.

- Personal Finance Principles of our Household

The time required for blogging though is a precious commodity. Between running my own small business, trying to hit my personal goals, and spending time with my wife and friends, not a whole lot of time is left for blogging. So, the frequency of me posting has been going down lately. I do apologize for it, and promise to improve.

Goals and New Year Resolutions for 2016:

And now let’s see what we’re trying to accomplish this year.

This year I’ve decided to bump our saving rate to 40%. Basically, we want to live on 60% of our work income and put away the rest. Also, any returned capital or dividends will be saved at 100%. Last year we’ve achieved 35% saving rate, and now I’m increasing our goal ever so slightly.

With Mrs. Financial Underdog new designation and me kicking ass at work, we hope to increase our incomes this year and hence increase the amount of money we put away. The key word here is “hope” as nothing is written in stone, and who knows how it will turn out.

This is my personal goal for this year. While reaching 210 lbs didn’t take that long, something tells me the next 20-30 lbs will be much more stubborn - anybody who ever tried to lose weight will agree with me. This will require more time at the gym and more dedication to eating properly.

I’ve also want to start training for Tough Mudder race. Last year if somebody asked me if I’d enter it, I’d ask them if I look like a suicidal person. But now I think it’s totally within my abilities, but I do need to train before I do it.

We’ve been discussing our lives recently together. It is our mutual feeling that we’ve been making huge plans for the future as far as traveling and doing things we want to do. But always had that mindset that we’ll do them when “things get easier”. When we’ll have more money or more time. But when will this ever happen?