Do Olympic athletes earn a lot of money?

With 2014 Olympics in full swing, everybody is talking about sports. While I’m not exactly an athletic person, I’ve always admired people who dedicate themselves to sports; especially if they get to the level of representing their country on the international scale - such as World championships and Olympic events.

At the same time being a huge financial nerd, I’ve always wondered if being an athlete pays anything. This is not exactly a regular job, isn’t it? You don’t work eight to five, you have to train a lot, you get to fly around the world, and quite often you’re asked to pee in a cup for drug testing. But do you make the big bucks? 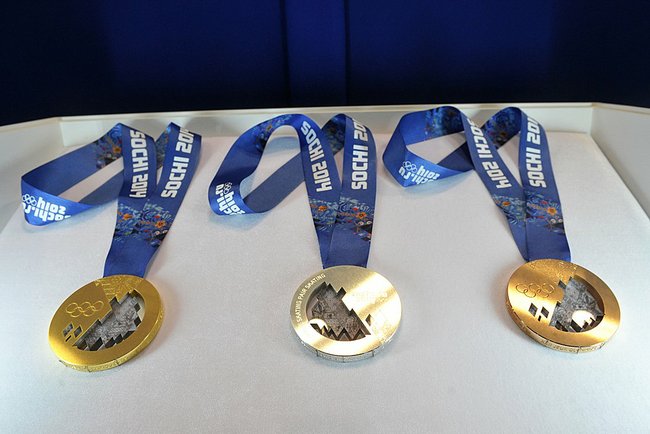 Just being an Olympic athlete doesn’t actually make you a lot of money. Olympic athletes do earn a small stipend ($200-$2,000), and many of your expenses are reimbursed such as travel, hotels, and training camps. Your clothes will also be provided by the official sponsor - Hudson Bay Company in Canada and Nike in United States. Also, being an athlete with higher risk of injury, you are provided a special health insurance that covers sport-related risks and injuries.

So, at first glance being an Olympic athlete isn’t the best way to get rich quick. In fact, you might want to hold on to your day job in order to pay the bills. Being an athlete is far from being cheap as you have to invest a lot of time into training, eat properly, and buy specialized equipment.  But there’s more money in sports!

In 2007 Canadian government announced it will be rewarding Canadian athletes financially for earning medals at high-level events such as World championships and Olympic Games. Just for that reason Athlete Excellence Fund (AEF) has been established. Funding comes from government (federal and provincial) and corporate sponsors. In 2012 over two million dollars went into Athlete Excellence Fund to support training, research, and athletes’ compensation.

What you stand to earn by grabbing medals:

Canada is not the only country to reward their Olympic athletes for earning medals. In fact, some countries offer much higher rewards for earning gold at Olympic Games. Some of the numbers are truly mind-boggling:

- Azerbaijan ( the prize has been claimed by one of my awesome readers!) will pay $510,000 to their athletes if they bring home gold medal from Olympic Games in Sochi. Out of four athletes from Azerbaijan (have you found it yet?), none are expected to bring any medals though.

- Singapore was ready to pay $800,000 for gold medals in London Olympic Games. No gold medals were earned by their athletes that year.

- On top of monetary compensation, some countries offer luxury cars, apartments, and even supply of food to those who bring home medals.

- British Olympic athletes earn absolutely nothing for their medals, but winning has other benefits. From the moment any take gold medal, Royal Mail will begin designing a stamp bearing their image and deliver them to 500 post offices for sale the following day!

Where the big money is!

But the main source of income for athletes isn’t financial rewards for medals. Most of the money Olympic athletes earn come from corporate sponsorships. Larger companies such as Nike, Nokia, Adidas, Gatorade, and many others want consumers to associate their products with high performing athletes. To do this, they sponsor selected athletes and provide them with steady stream of income sometimes reaching millions of dollars. In return, sponsored athletes wear their brands at sporting events, appear on their advertising, and participate in corporate events. 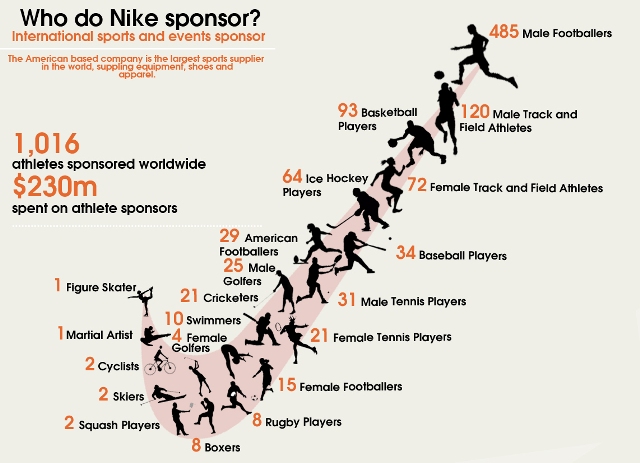 Amount of money Olympic athletes earn from sponsorships can reach stratosphere but you must understand far from everybody can earn this. Most corporate sponsorships are much more modest.