Here’s something that really upsets me sometimes - people saying that education is the key to financial success.

“- How come basic financial education isn’t offered in high school? So many problems could have been avoided for us average people if teachers showed us how to budget our money and avoid high interest debt of credit cards. Everybody would be responsible with money, nobody would go into debt, and payday loan outfits would go out of business! Right?” 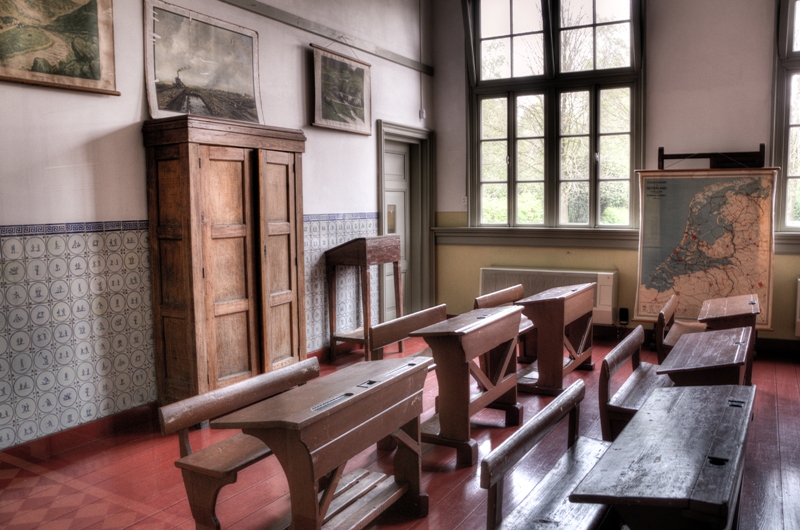 Financial education is the key?

Honestly, can you really blame lack of information for our pathetic collective personal finance savvy? And I do mean it’s pathetic on average - we borrow too much, we spend too much, we don’t invest enough, and we rely on our government come retirement. Judging by the recent news stories, we’re borrowing more money than ever before and there’s no sign of stopping it.

But in reality, we’re literally swimming in the ocean of information on how to improve our finances. Millions of books are being printed every year that tells us not to borrow, spend less, invest like pros, and you won’t have to eat cat food in your golden years. There are thousands of websites that will walk you step by step through creating your first budget. Hundreds of blogs will tell personal stories of people who changed their lives financially by making positive changes. We have TV shows about good financial habits, radio shows, podcasts, entire sections in Chapters and local libraries, even computer games. How can anyone blame lack of education for our sorry state of affairs?

Yet without fail, somebody always says the magic words - “This wouldn’t be a problem if people were more educated. Education is the key!”

No, education isn’t the key. Motivation is the key.

We all know what to do. We all know that if you borrow money, one day you’ll have to pay it back with interest, yet we borrow. We all know we have to have an emergency fund strictly for emergencies, but we fail to save up because something more important comes along - like the need for a new BBQ for your backyard. We all know that paying yourself first is important. None of the books about personal finance really tell us anything new - we already know what to do, we just don’t do it. Lack of education isn’t the real problem, lack of motivation is.

Just like we all know how to stay in shape and not get fat. Since last year, I’ve lost almost 50 pounds by hitting the gym few times a week, and eating proper nutritional meals (although funny tasting since kale is involved). I even started jogging here and there - and that’s coming from a guy who never run in his life except maybe this one time I heard “FREE PIE!”. Now, do you really think I didn’t know how to lose some weight till my mid thirties and suddenly became aware of it? No, I knew that eating properly and staying active will get me there. I simply didn’t want to do it and lacked motivation until one day. Lack of education was never an issue.

If anything, we have too much information. Should you pay off the credit cards or should you buy your own home? Millions of people will tell you one thing; another million will tell you the other. Should you put your money into TFSA or RRSP? Five thousand contradicting news stories will compete for your attention until you give up and run away screaming thus resorting to doing nothing. It’s becoming harder and harder to blame lack of financial education, don’t you think?

So why do people keep chanting “Education is the key!” mantra over and over again?

Sadly, I think it’s because by blaming lack of education, people mentally shift the blame to someone else.  We love the idea of someone else being responsible for our wrongdoings. Cause if it’s not someone else, we have to face the fact that our sorry state of financial affairs is our own fault. And we can’t simply stomach this idea.

If only those smart teachers explained to kids who are eager to learn everything they need to know about money! Of course, we’re forgetting that kids are not too keen on learning boring books in school and more interested in the upcoming dance party. Perhaps you don’t remember yourself in high school, but I do remember taking numerous classes including French, math, chemistry, physics, literature, and history. Let’s just say if knowing European history was a major part of being an adult, I’d still be screwed in my younger years despite studying it in high school.

We even complain that banks themselves don’t educate us on dangers of borrowing money. We complained to the government, and talking heads in Ottawa now force all credit card companies to print in small letters “This will take you 156 years to repay if you only make minimum payments” on our credit card statements. But this year will borrow more money collectively than ever before even after all this education and vital information on dangers of borrowing. Clearly, being informed doesn’t stop us from doing it.

So, for the love of everything that is holy stop blaming lack of education for how messed up our finances are. We all know what to do; we just don’t want to do it.